Johann Gottfried ‘JG’ Scholz and his family fled the religious persecution of his Silesian homeland, to emigrate to the other side of the world, settling in the Barossa Valley, a welcoming hub of like- minded Lutherans.

At Light Pass, Johann established a mixed farm of sheep, cows, crops and fruit trees as well as a few grape vines along the alluvial bank of the North Para River.

Johann had spent his early career as a bonesetter in the Prussian army, and it was these skills which were in demand as the early Barossa settlers had to contend with the daily bumps, breaks and bruises of their new environment.

Johann’s original cottage became the site of the Barossa’s first private hospital, when one of the founding Angas family bestowed 500 pounds for a perfectly mended femur in the early 1850’s.

Three successive generations followed ‘JG’, maintaining the tradition of ‘bonesetting’ and massage learnt from their father.

The old Willows Hospital closed in the 60’s; and then renovated by 5th generation Bert Scholz & wife Joan.

The Scholz family continue to reside there , and take pride in the family legacy. 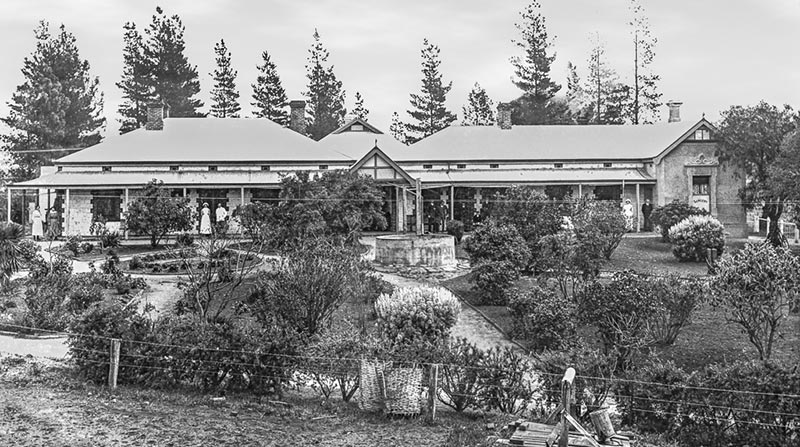 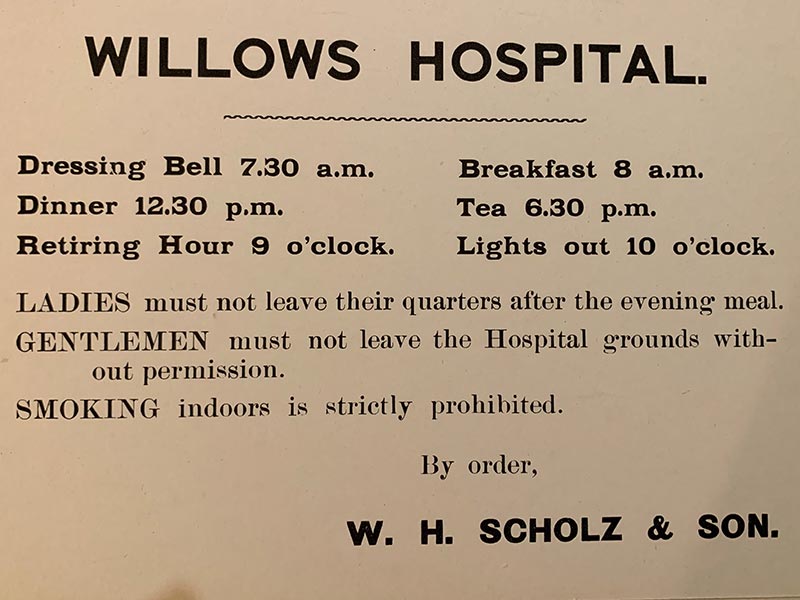 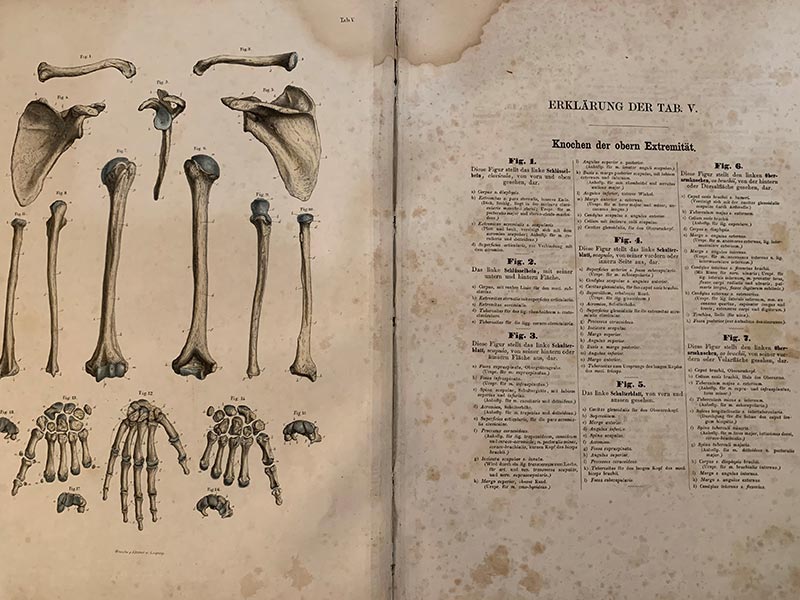